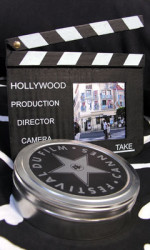 The Magic Life, produced by Nelson Chang, is a documentary film about magic and magicians.

Richard Turner, Kim Turner and Asa Spades Turner are all featured in The Magic Life.

Recently The Magic Life got into another festival / screening series — it’s called DocuWeeks and it’s put on by the International Documentary Association.

The film will now play in both New York City and Los Angeles.