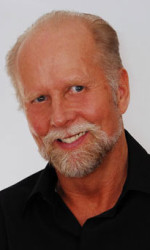 Richard Turner and his family were featured on the television show “CBS This Morning” on Tuesday, February 11, 2014.

David Rubin, CBS Producer, said, “When I heard about Richard Turner… I thought this is one of the greatest stories never told. Turner’s life story is too incredible for fiction.”

Take a look at this video including reporter Manuel Bojorquez.