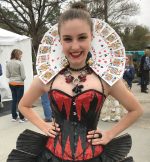 I come face-to-face with Sensei John Murphy, a man who sounds like some kind of super hero from a comic book. Douglas makes the introductions, “Sensei, I’d like you to meet Mr. Rick Turner. I spoke to you about him training here; his brother is David, the nine-year-old student in your San Diego school.”

“Ah, yes,” Murphy says, as he reflects back to a past conversation with Douglas about some kid with limited vision wanting to learn karate.

After hearing Douglas’ vicious story about Sensei Murphy biting off the nose of a man big as a bear, I am expecting to meet some kind of a monster. However, I am pleasantly surprised by Murphy’s mild, gentlemanly manner.  He is about my height; five-foot-nine; about sixty pounds heavier, weighing about 170 pounds; and as best as I can tell, he has brown or reddish hair.

“Pleased to meet you,” Murphy says with a surprisingly friendly tone. “Glad to have you join our School.”