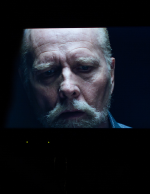 The new film about Richard Turner’s life and career will be premiered at SXSW in Austin, Texas, in March 2017.

The film was selected from 973 feature documentary submissions in 2017. The Director is Luke Korem and the Screenwriters are Bradley Jackson and Luke Korem.

Description: Sixty-two year old Richard Turner is renowned as one of the world’s greatest card magicians, yet he is completely blind. This is an in-depth look at a complex character who is one of magic’s greatest hidden treasures.