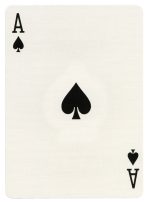 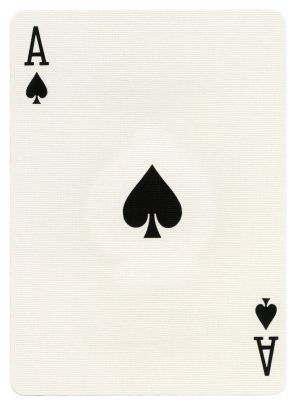 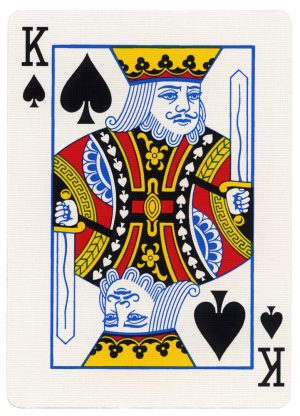 “Under the speakers rule of three, here’s why we enjoyed the whole Richard Turner/World Game Protection Conference experience:
Casino people come to the World Game Protection Conference every year to learn about threats. Richard Turner’s presentation was polished, professional and entertaining. His skill with cards is the best I have ever seen performed on our stage, and the audience agreed. Believe me, our people have seen a lot of other mechanics, but that’s only the half of it. It was awesome how Richard wove the narrative of DEALT through his sleight of hand experience: Seamless, flawless and natural, Richard’s message was inspiring. It was a unique experience to see him light up the room with his personality, charisma and infectious smile, weaving his narrative of hope and inspiration. He was engaging and curious, and he’s more than just a card mechanic, he’s an inspiration.”

“Richard was the highlight of our leadership offsite. His presentation was as captivating as it was humorous. His list of accomplishments and skills as a card mechanic challenged our definition of human limitations, and left us awe-struck. To spend time with Richard is to spend time with a living legend.”

“Richard Turner absolutely nailed it for us. So many of our guests shared that it was the best performance they've ever witnessed. You've never seen so much talent rolled up into one person. Without a doubt, Richard is light years ahead of all the heavyweights in the industry!”

"Richard is an inspiring figure, not just because he is without doubt one of the best card mechanics you'll ever see, but because he interweaves his skill and showmanship with an inspirational story that is very suited to a corporate event audience. His program "Winning with the Hand you have been DEALT" is a trip through his life and experience with lessons that apply to everyone who witnesses it. Funny, moving, and compelling, Richard tells his extraordinary tale accompanied by the most astonishing card manipulations imaginable. It will leave audiences inspired to win against the obstacles they have been dealt in their own lives"

“Richard is a modern-day Helen Keller – if Helen Keller had been a sixth-degree black belt and virtuoso card shark. He is like no one else on the planet, and his life story is similarly unique. Like his incredible mind, his adventures transcend time and space. As such, his keynote entertainment program focuses on his almost superhuman physical abilities, his martial arts prowess, and his wizardly card skills, all as the framework for his keynote. His stream of consciousness format triangulates between these five formative pillars, Dreams, Excellence, Analysis Loyalty and Tenacity, D. E. A. L. T. and in doing so, vividly reveal the unique qualities of Richard Turner and what it’s like to be him, and or to foolishly sit down against him in a card game.”

“Richard, I would like to thank you one more time for making the effort to come down to visit us at Viv Labs, I am beyond appreciative. We have had some amazing professional performers visit us, but I have never seen such a reaction before, people continue to come up to me, talking about what you did, they were amazed and inspired! It was just an incredible event.”

Adam Cheyer, creator of SIRI and co-founder of VIV Labs, 2018

“The American Council of the Blind (ACB) was grateful to have Richard Turner participate in our 2018 National Conference and Convention. As a leading national advocacy organization of people who are blind or visually impaired, it was wonderful to have him bring his talents to our general session. An internationally renowned entertainer who just happens to be blind putting on a show in front of over 1,000 blind or visually impaired attendees was simply fantastic!”

“Richard Turner is the embodiment of the human spirit seeking to be the best at one’s craft and demonstrating the value of excellence through entertainment.”

“Richard Turner amazed our audience and was entertaining and inspirational. His skill with a deck of cards is unparalleled and his ability to captivate and move an audience with his story leaves you in awe and motivated that you can handle anything in life that you are dealt. Thanks again for making our event great!”

“Thank you so much for giving me the opportunity to be part of your incredible show! I was completely mesmerized! I have been telling everyone about how I got to meet and assist you with shuffling. Needless to say, they are completely jealous. You're such an inspiration to so many people! I attached a couple photos of us from the other night. We were definitely the most handsome guys in the room! Thank you so much!”

George Frandsen: World Records for the largest collection of coprolites including a 26.5-inch T-rex poop, 2021

“We all had a great time, enjoyed meeting you, and all of us were very impressed with your skills and precision, and the baffling magical effects you create. How is that Apple Watch turning out? We are anxious to make sure you learn to exploit its capabilities: there are probably orders of magnitude more processing power on your wrist now than it took to send people to the moon, track their progress, and bring them back safely. You can now use that processing power to make your own life richer and get more achieved.”

“Richard delivered an amazing experience, weaving together his mind-bending card skills and his inspirational messages of perseverance. We were all humbled and motivated by his presentation."

“It’s hard to express in words the impact that your inspirational talk at MIT on February 25th 2017 had on the audience of students, faculty, neighbors, colleagues, families, and on me personally. Of course, your demonstrated skill with cards was awesome and fully expected. The much more important and long-lasting impact is your message: "Winning with the Cards You’re Dealt.” As one member of the audience who attended with his family commented to me later, the discussion around their dinner table that evening was the importance of your message about always striving to do the best at whatever you want to achieve and with whatever you’ve been dealt. That message and the way in which you delivered it will be remembered for a lifetime by all who attended.”