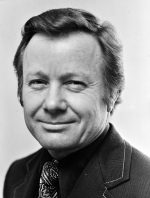 “Sitting at my table is Lamb’s Players director and former TV and film personality Steve Terrell.

Steve can you share when you met Richard and some of his early characteristics?”

“Well, sure, Jon, It was in 1972 when I was introduced to Rick. It’s no doubt that meeting a hippy was a culture shock for us from Minnesota, but I had been told that he was interested in acting.”

“When it came to work did Richard focus or was he undisciplined?”

“Very disciplined, Rick reminds me of the tenacity of a bulldog. Once he attacks a problem he doesn’t give up until he has mastered the problem, or has come up with an alternate solution for it. His acting was an example of this. He would rehearse and rehearse until he was satisfied with what he was doing on stage.”

“What about his obsession with cards?”

“Yeah, even during ‘prayer-and-share’ Rick would quietly sit working with his cards. He spent every waking hour practicing a certain maneuver with his hands. When he had mastered that sleight-of-hand trick, he would go on to another, but still practiced the ones he had mastered. Watching him reminded me somewhat of a juggling act.”