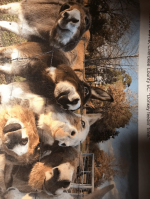 I’m sitting in one of the new theater seats, focused on practicing when Steve Terrell asks, “Rick, can we talk?”

We move to the conference area of our newly renovated Lamb’s Players Theater.

“Rick,” Steve says, “You are now good enough to be a professional performer. With your talents, I think you are ready to leave the Lamb’s Players and strike out on your own.”

“Steve is Prophetic.” When I win the Lin Searles Award, one of the Magic Castle judges was present that night and says encouragingly, ‘Richard, I think you should audition again as a Performing Magic Castle Member.’

So, with a touch more confidence from Terrell, and with equal amounts of nervousness, I audition again and, after years of failing, I’m finally in!